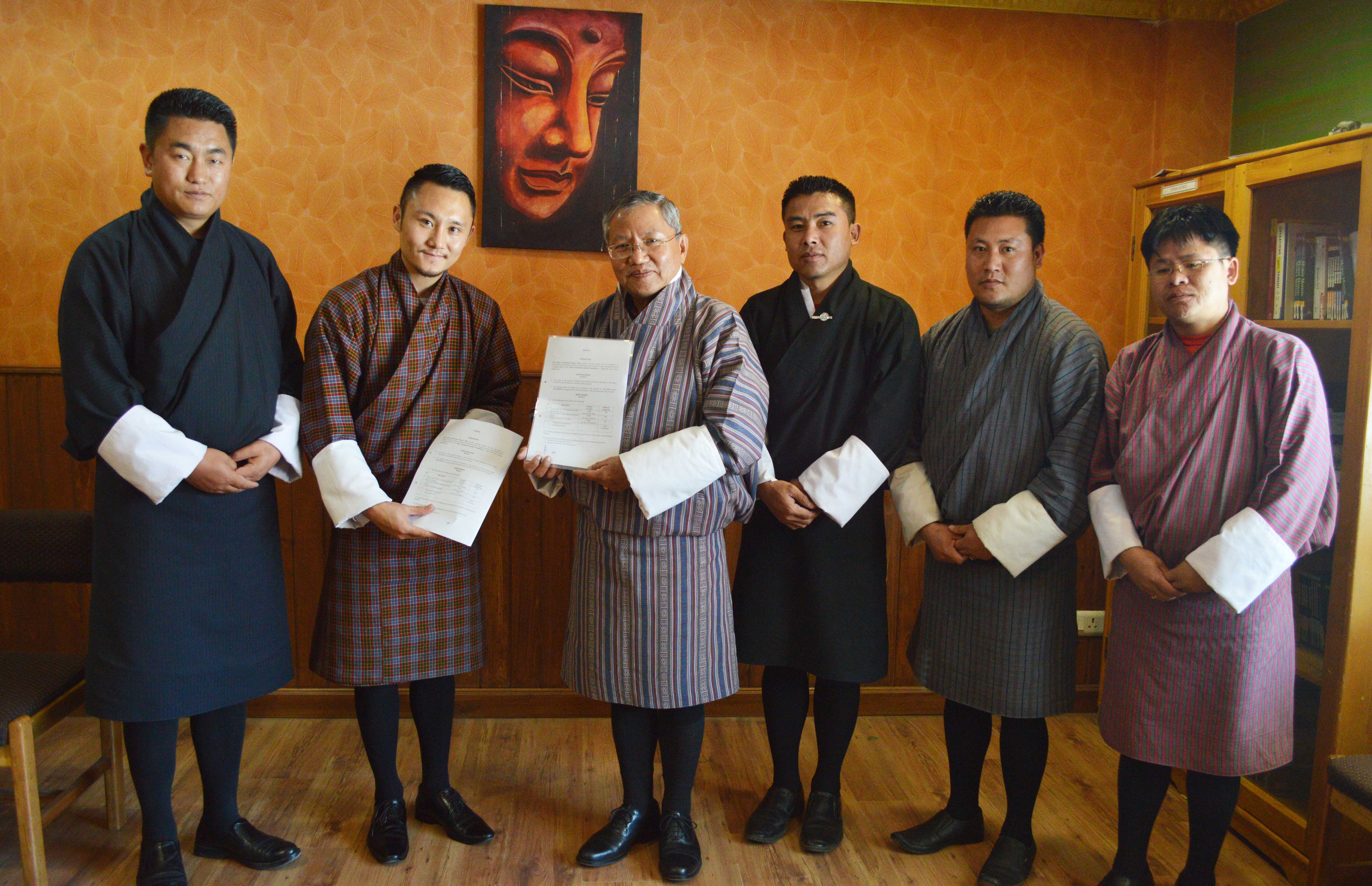 (Former Lyonpo Kinzang Dorji, the President of Bhutan Switzerland Society (BSS) and the Honorary Consul of Switzerland in Bhutan, with Loden’s team during the signing)

On Friday 29 March 2019, the Loden Foundation and the Society Switzerland Bhutan (SSB) entered into a four year contract agreement from 2019 till 2022 to promote entrepreneurship development in Bhutan.

The Loden Foundation is honored to start a new journey with the SSB – a Swiss association that was formed in 2000 as a result of a deep friendship and enduring partnership between Bhutan and Switzerland. It was a joyful moment for Loden’s team to have former minister Lyonpo Kinzang Dorji who represented the SSB in signing the contract agreement. Lyonpo Kinzang is the President of Bhutan-Switzerland Society (BSS), a sister organization of SSB, and also the Honorary Consul of Switzerland in Bhutan.

During the signing of the agreement, Loden’s team presented their three core programme areas in education, entrepreneurship and Bhutan’s culture and traditions. The team also had the opportunity to hear from Lyonpo some of the activities led by SSB in Bhutan and similarly activities led by the BSS. More so, it was an uplifting moment for the young team at Loden to hear from Lyonpo about the unique bond and friendship that Bhutan and Switzerland has enjoyed over many decades.

With financial assistance from the SSB, the project will support a total of four startups by 2022, acknowledge four exceptional Bhutanese entrepreneurs through ‘Loden’s Best Entrepreneur Award’ and support entrepreneurship programmes in colleges and technical training institutes across the country.

The Loden Foundation extends our heartfelt gratitude to the SSB, especially the dedicated members of SSB, for supporting entrepreneurship development in Bhutan.

The Society Switzerland-Bhutan (SSB) was founded in 2000 as a Swiss association with a mission to encourage social, charitable, ecological, cultural and other philanthropic projects in Bhutan. The SSB is headed by Marianne Frei as the President. Visit SSB website HERE