Lyonpo Om Pradhan was the first Chairman and Director at Druk Holding and Investments Limited. He has 34 years of service with the Royal Government of Bhutan since 1969 as Minister for Trade and Industries (1989-1998) and Deputy Minister (1985-1989). During these tenures the government also asked him to takeover the power and tourism portfolios. He served two terms as Ambassador and Permanent Representative at the United Nations in New York (1980-84 and 1998-2003), Ambassador to India, Nepal and the Maldives (1984-85). He led the first few opening rounds of boundary talks with the People’s Republic of China starting in 1984. In addition, he served at the United Nations secretariat in New York coordinating, monitoring and reporting on the implementation of the Programmes of Action for the Least Developed Countries, Landlocked Developing Countries and Small Island Developing States from 2003 till October 2007. 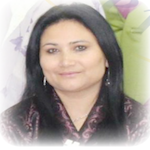