In an attempt to recognize, motivate and inspire hardworking entrepreneurs, Loden declared the winners for the four prestigeous Loden Awards at the closing ceremony of the GEW. Kinley Dema, who runs a the first bakery shop in Lobesa took away the Best Loden Entrepreneur Award with a cash price of Nu. 108,000. Her projects was financed in 2012 with an initial investment of Nu. 500,000. Within the period of last three years, she has liquidated her loans, expanded her business, increased her staff from 2-5 eventually maximizing her profit. More importantly, Kinley is looked up to as a rising women entrepreneur in Lobesa where a lot of aspiring entrepreneurs draw inspiration from her.

A bright, young and passionate student (Pema Singye) from College of Science and Technology won the Bhutan Student Entrepreneur Award, 2017 along with the cash prize of Nu. 50,000. Singye who is an engineering student plans to launch a locally fabricated Milk-Cream separator machine to ease the lives people who rely their livelihood on dairy farming. 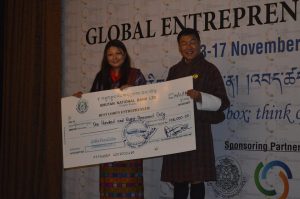 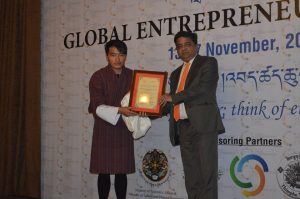 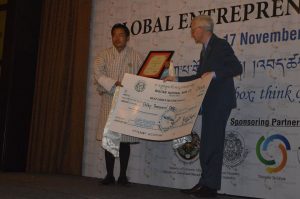 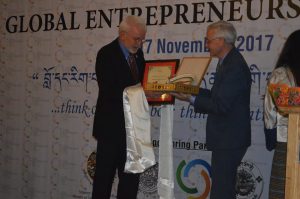